It's a matter of interest what you choose as your story - those 25 words or less that you'll be repeating for years before during and even after production. What is your movie about? Well, it's about a grandma, who has to get herself prostituted and work as a hand-maid (this article can be sort of offensive, so minors please, you don't need this :)). 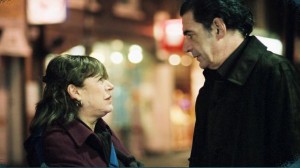 so is it for us seeing that grandmother. So this story, this situation, this case that the film is selling could be enough attraction for people to go and see it. As long as this we're having a clear-cut movie, based on a very basic concept: showing a grandma at work.

The problem only comes now, first of all we'll need a cover story (setting up reasons why she's doing that), otherwise our film would just fall free leaving the viewer uninterested.

So there's this ill boy who badly needs this operation or will just die soon. Of, course. This ill-child plot however already gives the film a severe stab. You just can't ride two horses at the same time. The moment this dying-child-line gets in this film whatever dirty jobs the grandma does for him the story will be strictly and undivertably about sorrow & despair. If you still (against the story's will) try to get back to the original concept to just deal with the absurd “this is just a job too” kind of situation of the grandma you'll hurt the movie and the viewer too - and that's what's happening with Irina Palm.

We have a situation: this little boy can die any moment - but all the old ladies of the small town are only going for the curiosity (like 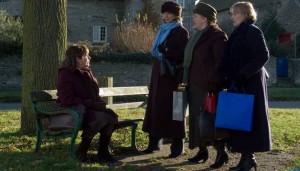 But we need to watch out - cause this is where this film can get you. If you walk in the trap and start pondering “what if my mother did this”, “what if this was the only way to save a child' life”, “how serious the despair should be to forgive someone for doing such bad thing”, “how bad is that thing at all?” etc, but this is already an off track. By now we already forgot that what we are talking about is a film and not a few lines in a newspaper “a grandma worked in a sex-shop to raise money for her grandson”. No, this is supposed to be a film - and we're supposed to see a film and talk about a film - and not about the (otherwise stupid) “what if” proposal of it. What if a grandma had to work like this? Nothing, actually.

This film tries to be like Saving Grace (a very good film) in which a widow has serious money problems, bills, and 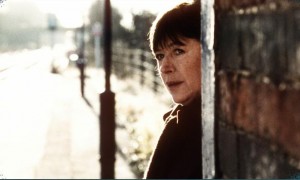 finally starts growing weed and making dough selling it. She's doing something illegal - but for her it's just plants and that fact that it happens to be illegal is not her fault. As for Irina Palm she's got much a bigger problem, it's a life or death crisis, and it's not even her life but a child's, so her “crime” is no way to be taken as a crime but only as a fair response to a very serious situation. Note that by now our conflict is already gone.

This grandmother should have been robbing banks (at least commit a crime) to even raise a debate whether or not she can be forgiven or acquitted. Since her action is a purely unselfish child-life-saving effort begging and stealing are just fine and she'd need as big crime as a murder to cast shadows on her.

Either the seriousity of the crisis should be lowered or that of the “deed” should be set to a higher level. Any other ways it'd be tv-fiction only.

This film apparently insists on two things: dividing the audience (being a highly discussed one) and showing a grandma doing this hand-prostitution. For gaining these two it has to give up telling a story. 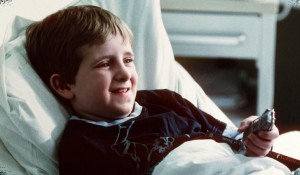 The kid-line is merely symbolic and weightless and like that the film is not about despair but about having an alternative lifestyle.

But why would someone choose this way? Seeing the movie gets you all the answers. The famous “hand-job grandma” - plot in itself is quite flat and thin and has no fuel for 100 mins.

It needs breaks, intermezzos, scenes from another another story to mix in. This film will use anything to fill up the spaces. There's this girl, another hand-prostitute (Dorka Gryllus) who loses her job because our grandma is so successful. She loses it, and gets angry with the grandma. The grandma goes to her place - and the girl sends her away and that's it. What was the point? Gaining time, obviously. Or could be that when seeing the kid of that girl we were supposed to think again and realize that that this grandma is saving her grand son by ruining another child's life (taking away his mom's carrier as a prostitute)? Quite a shocking story about everyday life anyways.

All in all Irina Palm apparently has serious problems at the level of its concept. If Sam Garbarski had been so keen on bringing this 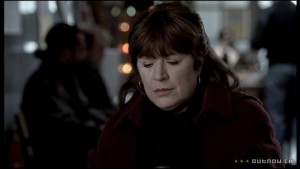 hand-job grandma on the silver screen he should have focused on her story and given up the fake support of all the stuff he mixed in as blank fill-outs. Also he should have made up his mind on what was so interesting for him about this grandma, her sacrifice and despair or her alternative lifestyle and unless he had gone for the latter this film should now be a drama of an old woman (like in Central do Brasil) and not just an art-like-movie about grandma's new job.
-jepe-
2008-05-09