Jean-Luc Godard used to love watching movie-stills because they allowed him to imagine the film. This is quite a good practice even today especially if you're at a big festival with a big catalogue. You just open it and go for the movie-stills that make you imagine the films and how interesting they could be. Unfortunately this practice won't just work like magic every time.

This film is an "I'll tell you later" type. You have to follow it knowing that things you see now will be explained later. 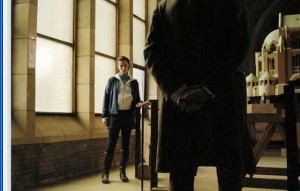 This is comfortable for both the filmmaker and the audience. S/he can put all kinds of surrealistic scenes, motifs in it and enjoy the creative freedom - which will make the movie psychedelic and enjoyable for the audience to the same great extent. Problems only come when drawing the borderline deciding what can still fit the story and what can already not. Supposing that this borderline is okay the the quality of such movie now only depends on how much the psychedelic scenes will turn out to have had to add to the story. To every psychedelic scene or even shot there's a decorative factor and a contributive one. Were they only for decoration purposes or they were really adding to the story you can only tell at the end.

As for this film, unfortunately even at like half of it's playing time it becomes obvious that we are far-far on the decorative side. 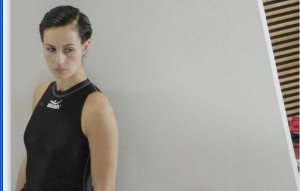 This film actually breaks in the middle - for brutally crossing that borderline that it should never have even touched. Speaking of the title of the film: The Hand of a Headless Man. This should have stayed like this - all capitalized as a title and should never have turned into prosaic reality especially not with zero contributive factor (being only decorative). Practically when you see that HAND in the film, you'll laugh and hear others laugh too. This is not the only part when this happens.

Yes, sure, this could have been like What Lies Beneath. A thrilling one with great gap between actual psycho happenings and mere reality that you just see (that is: great tension). Yes, when a boy walks in a dim corridor it gets really threatening. Very good! Everybody likes that. Also cutting to and fro between time-planes is very exciting too - like being a distant follower of Robbe Grillet's La Bella Captive (a masterpiece).

The problem is however that the story is so weak that this fact becomes obvious in the middle already. This story could, definitely could have been made quite good (like Lulu On The Bridge by Paul Aster) 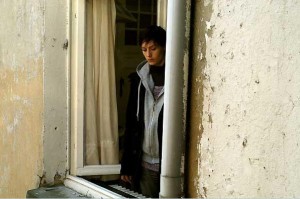 if the borderlines had been drawn clearly and respected (like no hand and no stabbing). Could have been a very spectacular drama if it had focused on the father-daughter relationship truly instead of going into a soft-horror just like that. Diving also should have not been reduced to decorative opening scenes only. All the magic and storyable beauty of actress Cécile de France (who is the main and only charm of this film, letting you imagine a very sensitive art-film even looking at the movie-stills) should have stayed in focus too all the way. Scream was fun, of course (threatening the main actress instead of unfolding her beauty) - but with stress on WAS.

Problems of this film-construction possibly all come from the marketing. That is a little hijacking to the original idea, a little hijacking for the trailer's sake and you can surely hope to get your numbers. Well, that's just about what we got too: a number.
-zé-
2009-04-07