The film starts ... with xeroxing the IDs of the artists in the / of the "movie", marking the whole unfolding story ultimately raw and real. This story of a separation is not a tale which reminds us of reality but rather it's a documentary style film, based on reality and being very close to reality all the way owing to the sort of psychodramatic acting which is the highest level on the Stanislavsky scale, the highest level of identifying with the characters, and the highest possible intensity of emotions.

The story as much as strikes us as a new version of the Chalk Circle drama by Li Hsing-tao later adapted by Brecht as The Caucasian Chalk Circle in which two mothers (the real one and the alleged one) fight over a baby. Here in the Separation we see a fighting over the responsibility of a miscarriage of a baby. The fighting parties are the pregnant woman and a man who employed her. 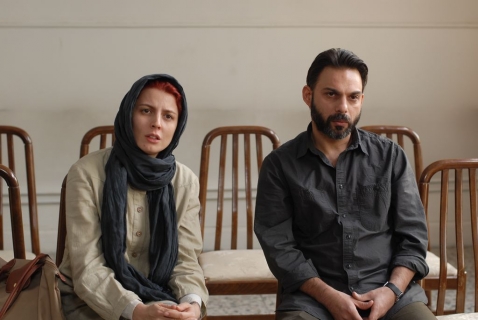 Yes, of course, the story at the beginning (and also at the end) is about the separation of Nader and Simin, an Iranian man and his wife. But this base conflict quickly unfolds as a conflict of who could have their daughter (if the woman could have her than she'd emigrate, that is not coming back from a trip that they have the visa for almost 2 years, but if Nader can have her that'd mean that Simin would not be able emigrate - would not without her daughter). This child custody case however has nothing really similar to the Chalk Circle since the point in that drama is that the true mother who wants the child the most will give up the fight cause she wouldn't want to harm the baby by physically pulling. In fact the daughter of Nader and Simin has the role of the ultimate judge in the end. It's actually her who will decide which of her parents to stay with. This decision will be the verdict of the film (supported by all the personal ID-s of the artists making it by which it'll be a manifesto, a bloody serious statement) and the story makes it clear that she only stays in the beginning with the father in order to keep them together knowing that her mother would never leave the country without her.

We already spoiled Li Hsing-tao's play from the 1300's, let's not do that to this wonderful film too. The only thing that needs to be mentioned is how separation leads to the employment of the pregnant woman and how the parties (Nader and this woman) are fighting over the responsibility of the miscarriage. But before that it's important to note that this whole story is no parabole - it's just so rich in motifs of reality that in the end we'll see everything so typical for Iranian society, Iranian reality that we will as much as take the story as the trial of that society, of the Iranian system (patriarchy supported by the religion).

The pregnant woman gets in Nader's house because his beautiful, western style wife, Simin has moved out (which fact already put us think why he didn't need that housekeeping woman till Simin was there). The pregnant woman has no chance to bargain about her salary. Also, she'll soon find out that "housekeeping" includes taking care of and old man, the father of Nader because of whom he divorced Simin and wouldn't follow his family to abroad.

Now at last we only have to make a note about paying attention to lies in the film, cause that's the main plot. Lying is a very big sin in that religious society, and is a very-very stressful motif in the story, so as sinning in general (when the pregnant woman has to wash the old man she'll call a religious center first to find out is she's allowed to - also it will be very clear for her daughter to that she'll bring with her to work that about this incident they can't tell the father, the pregnant woman's husband, which suggests quite a radical thing about religion: that it's forced on women by men while men take it much less seriously). 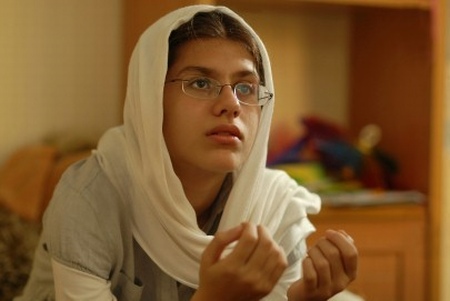 Yes, the lies. In western stories you'll have to follow the way of the money - here, you'll have to follow the lies. Who lies and why? Who breaks (see the teacher, a woman) ? Who thinks lying is okay? Who makes somebody else lie? Also, in the end, when you'll get to see what actually happened you'll definitely have to think how it'd go in a western country. Finally I suggest paying attention to a balcony scene when someone becomes as self-confident as to start smiling (after finding out the weak point of a person), and to the scene when someone calls the daughter in too to make her see what is going t happen. All the verdicts we'll have to make on our own ...

The power of Separation probably (partly) lays in its being indirect, not directly blaming but rather showing the whole picture and providing you with time and space to think, to ponder. It's so much non-direct that there will be times when you'll be taking side of the party that later you might find guilty ...

Amazing film, very intensely poetic and serious ... and brave ... Deserves all our respect.

The film starts, the film ends,
Nothing is said in between ?
Just sudden moments from someone else's story ?
Will it ever be the same again?


(Leftfield)
this is semi-quatation, two question marks inserted to support what this article meant to say ...