The shining through of an uncredited artist

By the time Martin Munkacsi died he was already neglected and soon after he became forgotten as fast as a sinking steamliner goes down in the ocean. How could this ever happen to such a talented artist? What did he do wrong? What did history do wrong? Was it a bad accident, a series of bad luck or it was a rational necessity that he'd end up forgotten? Now it's hard to tell, of course, but still we have some known facts that might help us to see how and why it could have happened so ...

a cikk fejezetei: :::::: the full article in one piece 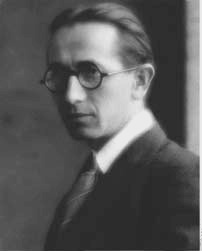 In short the story goes like this: Munkacsi's style, trademarks and "tricks" were quickly adopted by whole new generations of photographers with whom the pioneer artist couldn't (wouldn't) compete after a point. He should have renewed, should have shifted to color photography, maybe to medium format too - but he didn't: he kept to his bulky large format camera and B&W photography that he was master of, kept to his direct style and tried to hold on to his fame too. At last he offended the Bazaar refusing to take pictures of a republican politician saying he could no ways make a republican look good. And that was it. A quick end to a long and laconic downhill trip, a human tragedy - or the fate of a big time bold pioneer.

Today however we can see the very same details and the very same person in a totally different light ... Since his life and carrier took place at the dawn of fashion- and magazine photography, looking back now from the other end of time provides quite a historical distance and so we can really start to see the story differently. Even his early fame and unprecedented success at the Bazaar appears differently today ...

Photographs linked and/or appearing in this article belong to Ullstein Verlag (Ullstein Bild) (Munkacsi's Berliner period), to the Harper's Bazaar and ICP.org (International Center of Photography) and F.C. Gundlach respectively.

következő fejezet: being the best paid photographer of the world
a cikk fejezetei:
-JP-
2010-09-11