objects of freedom – Will Corwin's spatial experiment in gallery PUCCS

(about the exhibition: “Motörhead - William Corwin")

Puccs is Budapest's tiniest gallery by all means. And the small size is a great advantage! In Puccs you can get a type of exhibition experiences that you could never get in a conventional gallery space – and all this we didn't know in advance but learned on our own experience at the Will Corwin exhibition. 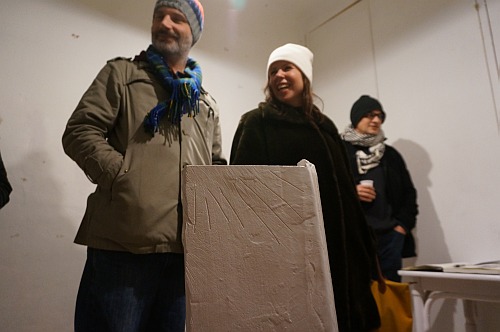 Impressively enough, there was no opening speech. This is a rare thing in this part of Europe, rare in Budapest. It stroke you right away that this exhibition is something that could be called a “version 3.0” type of art opening. The latest concept. The previous version (in which the artist was unspokenly the main exhibit, and her or his work was basically an illustration, additional stuff like the wine and the pastry they serve at the reception – but only after the opening speech, strictly :)) has been dull for a long time. The exhibition by Will Corwin was different from this from the very first moment. The artist, as for his role, was not the host or the celebrated one in the gallery space, he was rather the model person suggesting the preferred “behavior”. He was player no. 1 in a collective psychological experiment.

As for the objects of the show, they represented an entry level challenge testing if you could handle the situation or not. Strategy “A” was not asking, this was the elusive “not handling it” way, obviously, whereas the other option was asking – which is a breakthrough not only in Budapest but globally. I mean, asking what the exhibited objects are, especially in such a small room where everybody could here every word, is really an anti-snobism challenge. And once somebody asked, everybody could hear the answer, and it was really liberating, especially because the answer was a very down to earth explanation (i.e. concept). These objects were “plaster contact copies” of the exhibition space. Corners, mainly of two walls at a time :) There was even a “map”, a sketch showing which parts of the room were plaster-copied. 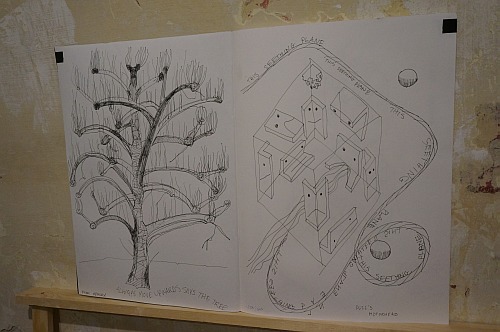 Everybody was happy and relieved to find out that there was such an “easy” and natural explanation to what we were there to experience, that there was such a cool and bright concept behind those objects. This piece of information just put everybody into a cheerful mode. The atmosphere was fresh and vivid. People became part of something, from alienated viewers, they were turned into happy and reflecting participants.

And then came the realization: we were collectively reflecting on the very space we were in, which was around us, and which would normally remain unnoticed, unmentioned, unreflected. Viewers were observing the space around them, even if not directly, looking around, but by viewing the exhibits as objects. The other object of their attention was, linked to this one, they themselves being in this space. Being at an art opening, talking, and drinking wine, being all in a party mode, now and then pointing at this or that corner of the space around them, after which you'd hear sounds of acknowledgment like “oh yeah, that's it, indeed!”. Personally I found it totally interactive. Also engaging. The most popular object was, beyond doubt, the one made of the blue metal screen door, that piece made everyone have the biggest “wow” experience – part of it, for sure, because it looked so “artsy”, and because of that it was extremely liberating to find out that the artist who's work you were viewing was thinking beautifully and freshly as opposed to pretentiously, for example. 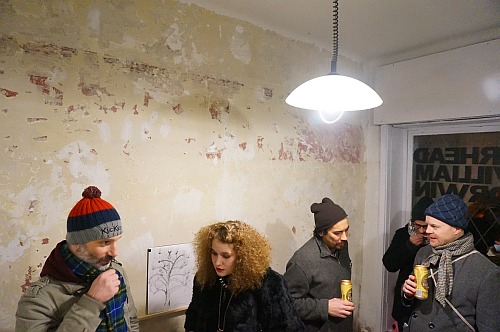 The whole scene became an experimental site. People could observe themselves watching an exhibition. Speaking of which, the objects were not situated in a way that they would have normally been at a “normal exhibition”, so that people would get the best angle. As Will Corwin explained, to those who chose to ask, he had made sure that the objects were not put there like you would expect it at an exhibition, like spectacles exposed to the viewers' searching looks, and indeed, they were just part of the space in natural random positions like you would find at a construction site. In order to see some of the objects, you'd have to crawl on the floor and jam yourself in a small corner (or just use a go pro cam, which would be a funny thing, I mean, an action cam at an exhibition?). It was, altogether, provoking without any act of provocation, enlightening without any outspoken statement, and humorous without any attempt. 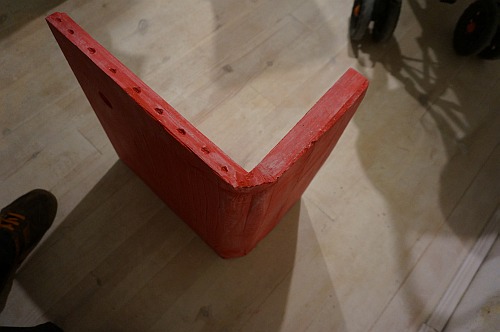 To make the whole thing complete and consistent, Corwin didn't put price labels on the objects. Of course not, you would say... But this is yet another serious decision, and again, it's version 3.0. Most artists will put price tags on their exhibits – as if they were wired to Warhol through a hot red phone line directly, 24/7. And basically, that's the end of their expression, right away it becomes a parody. I mean, have you ever seen a video installation where there was a price label on a video work + a tv set? And that price wasn't even close to being realistic, as for the price of the gadget? Why do people do that? Why do they feel urged to make a statement: I am a commercial artist too! Ad if you want to have “my art” you'll have to pay like you were a millionaire. Whatever I do it has a money value. I create value, like printing machines in a mint. Etc, etc .) Make no mistake, I'm talking about putting the “for sale” label and the price all the time next to your work. My problem is all the time. 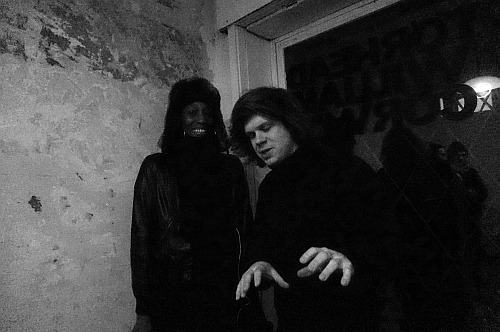 Will Corwin has made no statement either saying that he never sells art objects. But he explained that it's important in his opinion that an artist has to be able to work just for the thing too, without even thinking of money and sales. And this I personally found, again, not only beautiful and liberating but also holding an entirely new philosophy which liberates art allowing it to be what it always* has been – expressions.
(* ever since we know it as what we regard it today)

The key element of the show was Will Corwin as he was taking pictures of his work, the object he has created, that is, an event in an articulated space. With people in it, in a naturally playful mode. In random order. All homo ludens, talking and thinking, getting inspired. That's what he had created ... and it was fresh and beautiful!